Is Jelly as good as Botox for wrinkles?

Home » Blog » Is Jelly as good as Botox for wrinkles? 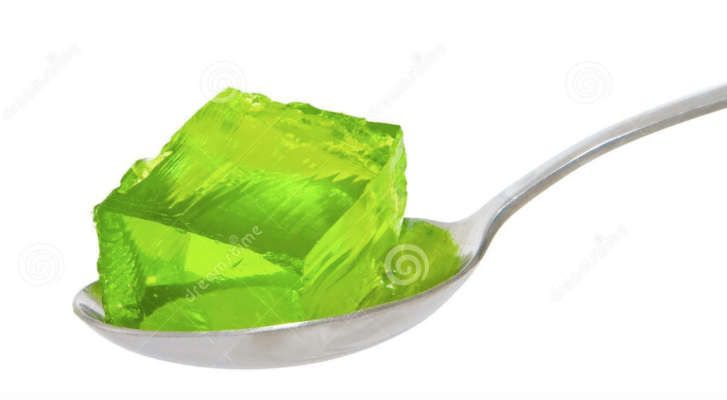 I was  at a family gathering recently where a nice green jelly was on offer. I pronounced out loud that I had not had jelly for ages and was told by an older person there that I should eat it more often. Evidently  it was ‘good for your skin and nails’and was better than Botox! 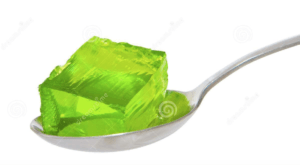 I had not heard that before, but talking to a  people since I have become aware that a number of people still believe jelly is good for your skin because of the gelatin that it contains.

Gelatin is basically powdered collagen. It is found in all sources of animal protein but is in low concentrations in meat which is why eating meat probably will make no difference to your skin! Likewise rubbing jelly on your face is not going to be helpful as it will not get absorbed into the skin. We need to try and get it absorbed through our intestine which is why eating gelatin has interested people for many years.   The question is that if we eat gelatin can we get enough collagen absorbed into our system, transferred to our skin and then incorporated into our skin in a useful manner?  – quite some ask.

In the past there were many things that were done in medicine purely because enough people said so and there was no evidence to suggest otherwise. Now we live in a very ‘evidence based’ environment . With that in mind I thought I would take a look at gelatin and the skin- is there really any evidence that consuming Jelly regularly could give you a great skin tone an improve your wrinkles??

Starting with the Egyptians, we know that royal jelly ( made by worker  bees to feed the Queen) has been used for thousands of years for skin care. However  that’s not the type of jelly I am focusing on today.

There have been a number of trials on Gelatin and the skin. One of the most quoted ones is from 2009 when it was shown that consuming 7-10 grams of gelatin a day resulted in ‘some improvement ‘ in the skin. Like other studies ‘some improvement’ really shouln’t get ones hopes up as it seems that although a small measurable improvement in skin tone and wrinkles may be able to be shown, it is mid at best. This seems to be the theme in all the studies I read.

So… if you want  a significant improvement in wrinkles then you would be far better off having some Botox™ than increasing your consumption of Jelly!